“With an eclectic medley of familiar, yet-made-their-own tunes and now with many of their own songs, this band is uniquely peerless.”

“Just imagine a blend of Bowie, Led Zeppelin, America (yep, that’s right), Cowboy Mouth, Mott the Hoople and perhaps scatter in a dusting of The Eagles and Neil Young and you’ll get a general idea of what the trio dynamically brings to the table.”

“You all sounded simply fantastic! The crowd was easily double (or perhaps triple) that of the opening week [of the Grove summer series]. As before when we've sponsored you, I spent a considerable amount of concert time taking thanks and commendations from audience members who just love Blackwater Trio!” 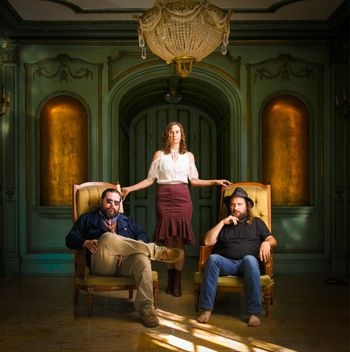 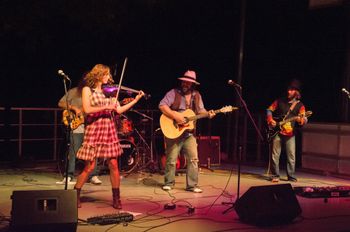 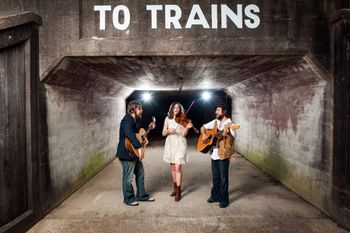 The Blackwater Trio is a folk/rock band that uses two guitars, a violin and three-part harmony to evoke a powerful response from their audience.  Based in Clarksdale, Mississippi, the Trio was formed in the fall of 2013 when violinist Alice Hasen, then a high school band director, sat in with local guitarists Walt Busby and Seth Stroud.  The two Delta natives quickly turned the Vermont classical violinist to the “dark side” and the group gained popularity. The individual influences of Stroud, Busby and Hasen are widely varied: Led Zeppelin, the Beatles, Neil Young, Crosby Stills & Nash, the Fleet Foxes, Stephane Grappelli, Natalie McMaster, and the classical canon, just to name a few.  The sound that emerges is a refreshing mix of opposites - Stroud’s sometimes angelic, sometimes rough-hewn vocals; Busby’s psychedelic electric guitar layered over intricate acoustic patterns; Hasen’s honed technique supporting edgier styles outside the bounds of either violin or fiddle. The group released their debut album, “Cheshire Moon,” in August 2017.  Touring regularly through Mississippi, Tennessee, Arkansas and up the East Coast, the Trio is a favorite of local festivals and has been featured in media including Delta Magazine and Memphis’ WEVL radio. Their live shows include original music as well as reinterpreted covers. Says culture blog Delta Bohemian: “With an eclectic medley of familiar, yet made-their-own-tunes and with now many of their own songs, this band is uniquely peerless.”  Depending on the needs of the venue, the Blackwater Trio can appear in their usual form as an acoustic three-piece, or as a full electric outfit with bass and drums.